As quoted from AFP, EU chief Ursula von der Leyen warned that her bloc would not allow Covid vaccine exports to the UK and other countries until the firms make good on their own promised deliveries.

“I think it is clear that first of all the company (AstraZeneca) has to catch up, has to honour the contract it has with the European member states, before it can engage again in exporting vaccines,” von der Leyen told a news conference.

The focus of the latest row is an AstraZeneca plant in the Netherlands, which Prime Minister Boris Johnson’s government claims as part of the British vaccine supply chain.

As the EU met via videoconference Thursday, French President Emmanuel Macron aligned himself with von der Leyen, despite some countries’ — including the Netherlands and Belgium — hesitancy to impose an embargo.

“The supply chains are so intricate, they’re so intertwined, so it’s not automatically a good thing if this new instrument is to be applied,” Dutch Prime Minister Mark Rutte said, citing the example of a Belgian plant making BioNTech/Pfizer vaccines that relies on raw materials from Britain.

Von der Leyen released updated figures on how many vaccine doses the bloc has exported — 77 million to 33 countries since December.

By contrast, 88 million doses will have been delivered in the 27-nation bloc by the end of this week, also since December.

But estimates for the second quarter of this year showed that 360 million doses should be delivered from BioNTech/Pfizer, Moderna, AstraZeneca and Johnson & Johnson. (kmb/balipost) 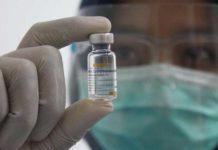 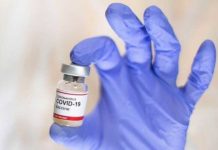 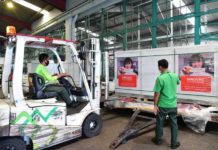 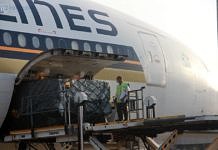 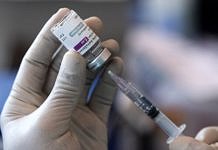 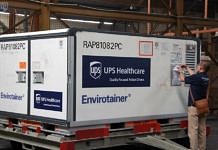 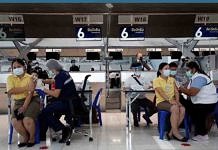 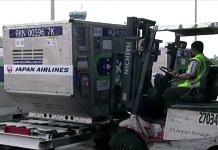