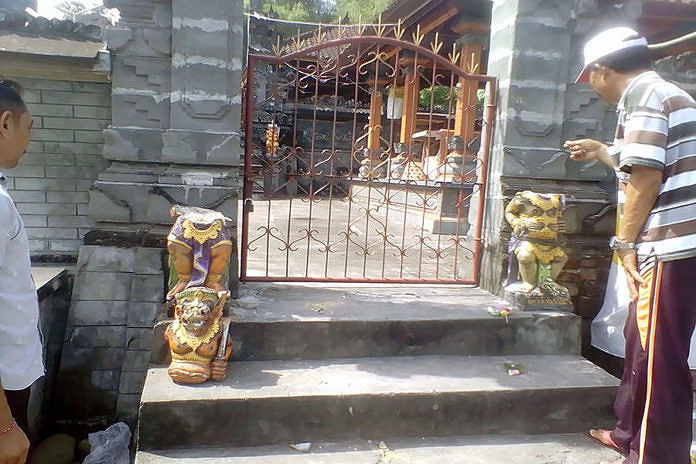 NEGARA, BALIPOST.com — Destruction of two statues installed on either side of the entrance gates in the outermost courtyard of Dalem Temple of Perancak, Jembrana, was already reported to the Jembrana Police. Both statues were damaged by unknown people. Previously, they were in good condition but are now broken into two pieces.

Based on the information compiled, the incident is said to occur on Tuesday (Jun. 4) at 06:00 local time. The vandalistic action was seen directly by Nyoman Sutiani alias Siti, one of the local residents.
Seeing the statue was being damaged, residents became excited and furious against the incident. The intentionally damaged statues resulted in material losses to customary village. Chief of Negara Police, I Ketut Maret, stated on Friday (Jun. 6) that he remains to carry out an investigation related to the case.
He said there had been no additional witnesses related to the incident. The key witnesses in this program have been examined. Previously, he had also conducted a crime scene investigation and asked for information from a number of witnesses as a clue to disclose the case. Several witnesses were already examined to find out whether they were intentionally damaged or because of other things. “It remains in an investigation,” he said briefly.
Chief of Perancak customary village, Nengah Parna, said that his government will repair the statue. The statue repair is estimated to cost around IDR 5 million. The repair ranges from the repair of the statue with replacement and replacement of shrine outside the temple compound along with the making of ritual oblations.
“Based on the conclusions of residents in the meeting, it will be repaired and carried out on full moon on the upcoming July,” he said.
He gave emphasis that responding to the incident the residents and apparatus of customary village indeed surrendered it to God Almighty. Hopefully, the vandals can be arrested as soon as possible and the incident will not happen again both at Perancak customary village or other areas. “Until now, police have not given any information. Hopefully, this incident will be enough,” he said.
As the information compiled, the statues are installed on the left and right side of Dalem Temple of Perancak. According to some residents, it seems to have been damaged by irresponsible people. The incident was reported to police station after 6:00 local time that morning.
Nyoman Sutiani or familiarly addressed as Siti said that had seen the incident. She was scavenging for waste goods around the Dalem Temple of Perancak. Suddenly he saw two men wearing masks and a white woman standing in front of the Dalem Temple. Both men were large and long haired. They beat the two statues into pieces with stones. Meanwhile, the women in curly hair just kept silent. “There are three people, namely two men and one woman,” she said.
Siti also told the investigators that she rebuked the two big-bodied people, and she threatened to report to police station. Instead of being afraid, the two perpetrators even ran away and threatened her. Both escaped by two motorcycles, one black and another was blue. According to her both spoke Balinese but she did not know them. The motorbike in use is not clear because it’s old. (Gugik/balipost) 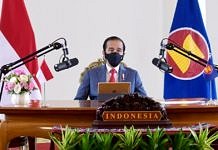 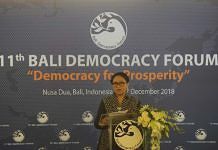 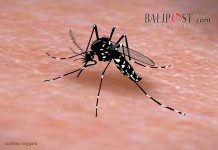 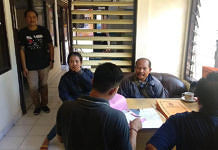 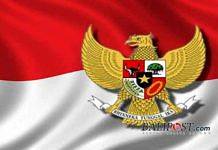 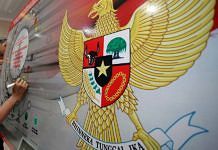 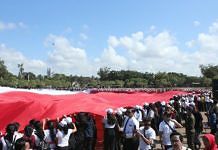 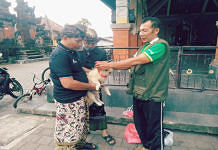