“I think it’d be very hard to deal if they do violence, I mean, if it’s another Tiananmen Square,” Trump told reporters in New Jersey. “I think it’s a very hard thing to do if there’s violence.”

The months-long trade dispute between the US and China has been blamed for setting world financial markets on edge amid signs of a possible global economic slowdown.

Phone calls between both countries’ deputies are planned for the next 10 days, and if those are successful, negotiations could resume, Trump’s chief economic advisor Larry Kudlow said on Sunday.

Hong Kong has meanwhile been dealing with more than two months of protests and on Sunday saw a crowd that organizers said numbered some 1.7 million people march peacefully in the city despite rising unrest and stark warnings from Beijing.

Chinese state media has run images of military personnel and armored personnel carriers in Shenzhen, across the border from the semi-autonomous city.

In the bloody 1989 crackdown in Beijing’s Tiananmen Square, China deployed tanks to end student-led protests, resulting in an estimated death toll of hundreds if not thousands.

If such a situation was repeated in Hong Kong, “I think there’d be… tremendous political sentiment not to do something,” Trump said, referring to the trade negotiations with China. (AFP) 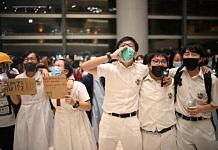 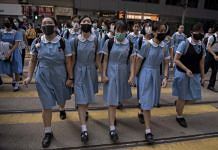 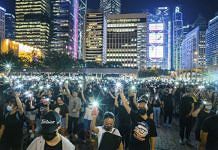 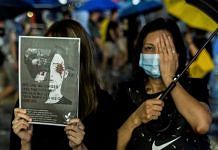 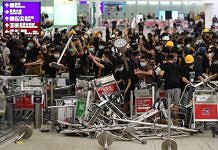 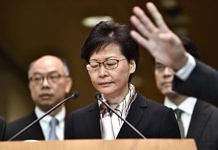 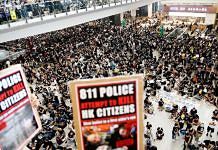 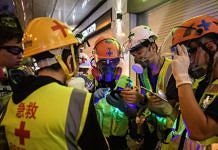 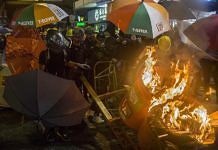