NEGARA, BALIPOST.com – The Eid homecoming traffic has begun to boom since last Saturday (Jun. 1). However, from the same time, hundreds of beggars from Karangasem and Java began to take action in Gilimanuk.

From information on Sunday (Jun. 2), the beggars consist of those frequently taking action every day in Gilimanuk and those operating seasonally when there is a homecoming traffic queue.
“The beggars were already repatriated to their home of origin by the officers yesterday, but they even come again in large numbers,” said Dewi, a resident of Gilimanuk.
Many modes are committed by the beggars. In addition to provoking travelers to feel compassion by inviting babies under the heat of the sun, many also take children claimed to be theirs.
There are also those who use walking stick in front of travelers and pretend to be teetering in front of the person becoming their targets, but when walking alone he can walk quickly without the stick. They take action in the cargo terminal at Penginuman, Gilimanuk.
A beggar who put on a walking stick when asked to present his ID card instead showed off a woman’s ID card on behalf of Ni Nyoman Srinadi whereas he is a man. “My name is Srinadi. In Karangasem, after getting married, wife’s name will automatically turn into a name like the husband,” he said while showing the ID card of a woman named Ni Nyoman Srinadi from Munti Gunung Hamlet, West Tianyar, Kubu, Karangasem.
When asked if he really has difficulty to walk, he showed off traces of stitches on his thighs. “I once fell and had plates installed so that I used a walking stick. My wife is equally not strong enough to lift because of having been toppled over by bricks. I have nine sons but all of them have got married. So, I then live by begging,” he said.
According to him, every day he can get around IDR 50,000 to IDR 100,000. Sometimes he also gets IDR 45,000 from the results of begging.
Meanwhile, as observation against a female beggar trying to look at an empty vehicle whose window glass was left in an open condition. For long time, the woman holding a plastic bag on her head watched the contents inside the vehicle.
“We have been here for three days and slept in front of the shop. Well, we usually come to Gilimanuk once a month. Since many people go home, we have been here for almost a week,” said a beggar claiming to be named Wayan Keri. In addition to beggars, many hawkers also sell among the queues of homecomers.
Meanwhile, the officers getting information on the increasing number of beggars appealed to homecomers to be vigilant and careful when leaving their vehicle for restroom and others. This is meant to avoid undesirable things.
On the other side, the queue of vehicles looked to fill in the alleys at Gilimanuk. Queues also began to occur in the Gilimanuk cargo terminal. Queues of trucks and buses also occurred in front of the Gilimanuk Mosque. On Sunday afternoon, the motorcycle queue was deserted outside but inside the harbor was quite crowded.
“Motorcycle queue is full on Saturday night while in the afternoon it is rather quiet,” said a Gilimanuk police officer. (Gugik/balipost) 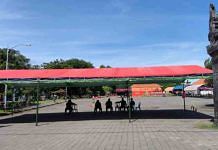 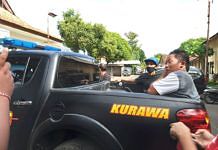 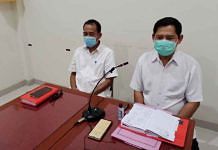 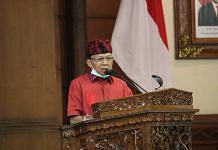 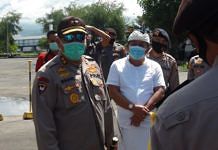 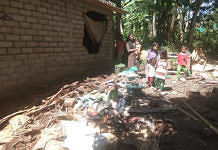 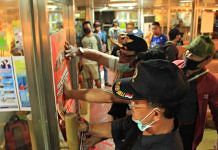 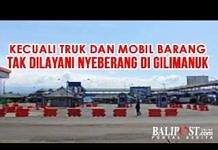 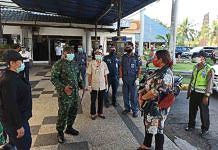