SHANGHAI, BALIPOST.com – As the first generation of professional gamers enters retirement, eSports is forced to confront a vexed question: after years spent killing rivals in a virtual world, what next?

It is a quandary that comes far earlier than in most sports — in the most frenzied eSports games, players can be finished by 23 because reactions supposedly slow after that.

Milliseconds can be fatal in the online battlegrounds of eSports, a fast-emerging world where the financial rewards are rocketing.

There is a record prize pot of $33.7 million — and still growing — this week in Shanghai at The International, a world championship where players compete in Dota 2.

In Dota 2, a multiplayer game featuring a “Phantom Lancer” and a “Chaos Knight”, players often talk about a comparatively late cut-off point of age 30.

“People think that at that age you’re slow, you’re not good enough, but I think it’s a mythical number,” Jingjun “Sneyking” Wu, 24, of the Newbee team, told AFP.

He has spent more than half his life gaming, but at 27, retirement is already looming.

“Hmm, now that’s the one thing I’ve never really thought about,” he said, when asked what he plans to do next.

Baca juga:  Vettel hoping to re-boot his season one year on from last win

According to those with knowledge of the scene, the “What next?” question is a hot topic among pro gamers.

Coaching an eSports team or becoming a commentator or analyst are prime among the options after hanging up their keyboards.

But a few say that after spending up to 12 hours a day practising, and in some cases with their eyes and wrists suffering, they are looking forward to escaping the sport.

Duncan “Thorin” Shields, a self-styled eSports historian, said that burnout is a major reason why gamers tend to retire so early.

But he also told his YouTube channel on a segment about retirement that teams have been too quick to dispose of older players and experience has been undervalued.

The good news for the likes of Wu and Ross is that this seems to be changing and retirement ages are creeping up.

“Most people’s peak probably was when they were 21 or 22,” said Shields.

“But from an objective sense, it’s absolutely not true.

“The idea that in your late 20s you’re just completely done… it doesn’t seem to fit with sport.” (AFP) 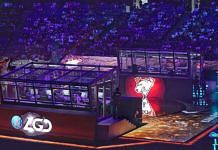 Gamers risk health in bid to be eSports millionaires 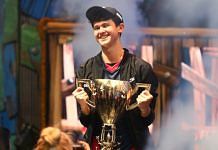 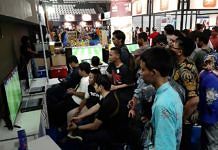