HONG KONG, BALIPOST.com – Pep Guardiola urged Leroy Sane to decide if he wants to stay at Manchester City or go to Bayern Munich as the unsettled star scored twice in a 6-1 rout of Hong Kong’s Kitchee.

Sane, the subject of persistent interest from the Bundesliga giants, underlined his class with a goal in each half, one rifled left-footed and one from a tight angle after a sharp turn in the box.

“He’s a guy who I appreciate a lot, I like him a lot. I think he has incredible gap to develop, incredible in terms of being connected in the game,” Guardiola said.

“We want him, we want him to stay. That’s the reason why for more than one year he has an offer waiting to talk with his agent to extend the contract.

“Beyond that it’s not in my hands, he has to decide. If he wants to stay and reach an agreement it’s good, if he wants to leave we can decide what he can do. Hopefully he stays.” (AFP) 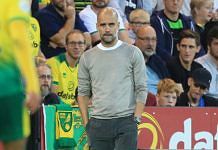 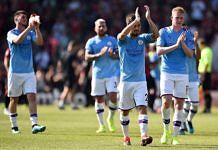 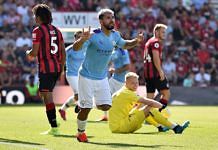 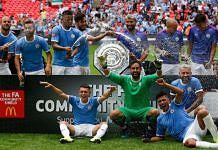 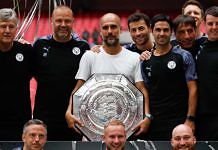