The report that published by AFP, Moon’s appeal came after Kim threatened a demonstration of a “new strategic weapon” at a four-day ruling party meeting last week, where he never mentioned South Korea. Since the breakdown of Kim’s summit with US President Donald Trump in Hanoi last year — which left nuclear negotiations largely deadlocked — Pyongyang has repeatedly lashed out at the South, saying it has “nothing to talk” about any more with Seoul.

One senior official has gone as far as describing the South’s presidency as a “shy dog barking more wildly”. But Moon, who has long favoured engagement with the nuclear-armed North, doubled down on his dovish approach.

“I hope South and North Korea can make efforts together so that the conditions for Chairman Kim Jong Un’s reciprocal visit can be arranged at an early date,” Moon said in his annual New Year address.

The invitation for Kim to visit Seoul dates from the two leaders’ last summit, in Pyongyang in September 2018, when the peninsula was basking in a diplomatic rapprochement.

“I’m willing to meet repeatedly and talk ceaselessly” with the North, Moon said in his half-hour speech, which was broadcast live. (kmb/balipost) 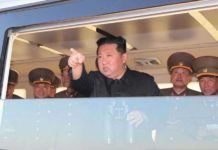 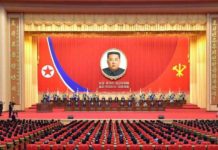 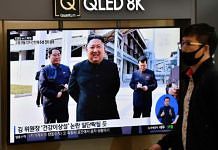 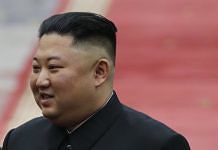 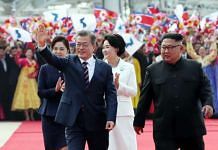