PORTO VELHO, BALIPOST.com – Hundreds of new fires have flared up in the Amazon in Brazil, data showed Monday, even as military aircraft dumped water over hard-hit areas and G7 nations pledged to help combat the blazes.

Smoke choked Port Velho city and forced the closure of the airport for nearly two hours as fires raged in the northwestern state of Rondonia where fire-fighting efforts are concentrated, amid a growing global uproar and a diplomatic spat between France and Brazil.

“In some way we’re all passive smokers,” said Sergio Pereira, head of a children’s hospital in the city where more people than usual are seeking treatment for respiratory problems.

“The smoke can be really aggressive and the most affected are children and the elderly.”

Two C-130 Hercules aircraft carrying thousands of liters of water on Sunday began dousing fires devouring chunks of the world’s largest rainforest, which is seen as crucial to keeping climate change in check.

Swaths of the remote region have been scorched by the worst fires in years.

Seventy personnel — firefighters and troops — have been deployed to put out the blazes, the Rondonia government said Saturday.

Experts say increased land clearing during the months-long dry season to make way for crops or grazing has aggravated the recurring problem this year.

Baca juga:  Barty fights back after 'appalling' US Open start

Seen from above, the destruction in Rondonia is dramatic: walls of flames advancing across the expansive forest beneath enormous plumes of thick smoke.

Brazil’s President Jair Bolsonaro has ordered an investigation into reports that rural producers in the northern state of Para held a “day of fire” on August 10 in a show of support for the far-right leader’s efforts to weaken environmental protection monitoring.(AFP) 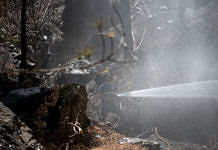 More evacuations as Canary Islands fire out of control 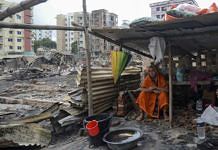 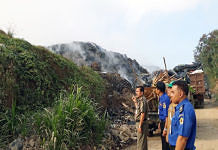