JYVASKYLA, BALIPOST.com – Six-time champion Sebastien Ogier said Thursday that he will quit the world rally championship at the end of the 2020 season, but insisted he won’t be slowing down.

The 35-year-old French driver had only penned a one-year deal with Citroen for the current campaign and had hinted that he was closing in on a farewell.

“There are still 20 rallies left for me to race if you are counting down,” Ogier told the Rally of Finland website.

“But it’s not as if I have it in my mind that I am going to drive more slowly.”

Ogier is currently in second place in this year’s championship, four points behind leader, Estonia’s Ott Tanak in a Toyota with six rounds left in 2019, including this weekend’s event in Finland.

Ogier, who has said he wants to spend more time with his family while also becoming an ambassador for the new Formula Extreme-E series, made his world rally debut in 2009.

In Thursday’s opening special stage over 2.31 kilometres, Ogier finished fourth behind Belgian Thierry Neuville in a Hyundai and the Toyotas of Tanak and Kris Meeke.

“I want to win in Finland for Hyundai,” said Neuville with the South Korean car manufacturer seeking its first ever win in the country.

But Ogier forecast “a very intense battle”, promising “I’m going to give everything I’ve got”. (AFP) 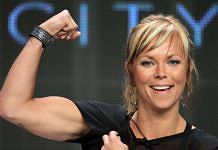 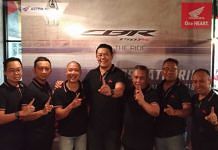