LOS ANGELES, BALIPOST.com – Disney’s “The Lion King” held on to its reign in North American theaters,  taking in $75.5 million over the three-day weekend, industry watcher Exhibitor Relations said on Sunday.

The healthy haul for the Disney production brought its total to $350.8 million and put it on top of the box office for the second week in a row, capping a streak of successes for the studio after its “Avengers: Endgame” was last week named the highest-grossing movie of all time and now has global box office earnings of $2.7924 billion.

Directed by Jon Favreau, “The Lion King” is a remake of the 1994 animated film, employing hyper-realistic computer-generated images with a voice cast including Donald Glover as Simba and Beyonce as Nala, together with Seth Rogen, Chiwetel Ejiofor and James Earl Jones.

Despite rave reviews, director Quentin Tarantino’s “Once Upon A Time In Hollywood,” came in a distant second place with $40.4 million.

The ninth of the 10 movies Tarantino has said he will make before retiring, “Once Upon a Time” is set in Tinseltown in 1969 and features an ensemble cast typical of the director’s work, with Leonardo DiCaprio, Brad Pitt, Margot Robbie, Dakota Fanning and Al Pacino among the stars.

“Spider-Man: Far from Home” came in third in its fourth week with $12.2 million. Continuing where “Avengers: Endgame” left off, the production by Sony and Disney’s Marvel Studios is the latest installment in the blockbuster franchise, with Tom Holland as Peter Parker/Spider-Man leading a cast that includes Samuel L. Jackson, Zendaya and Jake Gyllenhaal.

“Toy Story 4,” came in fourth, taking in $9.9 million in its sixth week in cinemas, which have brought it more than $395.6 million in total.

The latest installment in the family-friendly Disney/Pixar animation franchise that began in 1995, the movie features the voices of Tom Hanks (Woody) and Tim Allen (Buzz Lightyear).

The fifth spot went to Paramount’s “Crawl,” with $4 million in its third week. Barry Pepper and Kaya Scodelario play a father and daughter battling hungry gators after a hurricane hits their Florida town. (AFP)

Rounding out the weekend’s top 10 were: 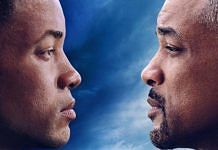 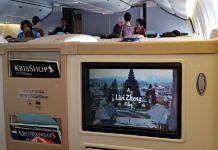 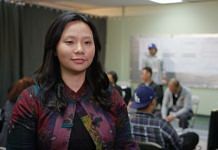 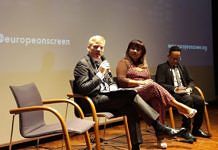 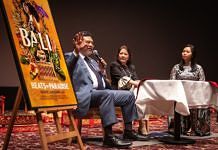 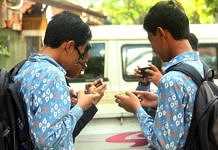 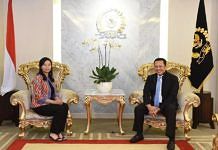 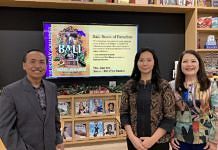 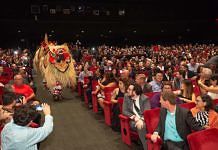