“Thrones” — the most decorated fictional show in the history of the Emmys, television’s Oscars — finished with 12 awards overall for its final season.

“Thank you to the hardest working crews in show business — the dragons who shot for 70 nights straight in freezing Belfast rain, the wolves who shot all around the world — you are amazing, all of you,” said showrunner Dan Weiss.

But the blood-soaked fantasy epic’s hopes of going out with a new record numbers of Emmys for a single season were dashed after it failed to convert nominations in directing, writing and the other acting categories.

The divisive final run of “Thrones” enraged many fans — more than a million signed a petition for HBO to redo its conclusion.

But the 10 nominated cast members of “Thrones” received a standing ovation as they gathered on stage.

“I think all of us agree how amazing the entire last season was for us,” said Sophie Turner, who played Sansa Stark.

“Thrones” had already bagged 10 Emmys in lesser categories at last weekend’s Creative Arts Emmys, including for the show’s special effects and elaborate costumes.

It ends its eight-season run with 59 Emmys, a record for a drama or comedy. Only variety sketch show “Saturday Night Live” has more.

The BBC show — which has grown into a phenomenon on both sides of the Atlantic after being acquired by Amazon — also scooped awards for best comedy writing and directing on Sunday, and six overall. (AFP) 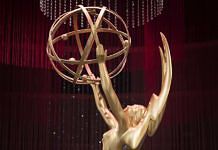 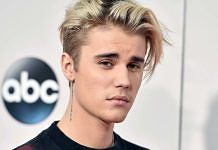