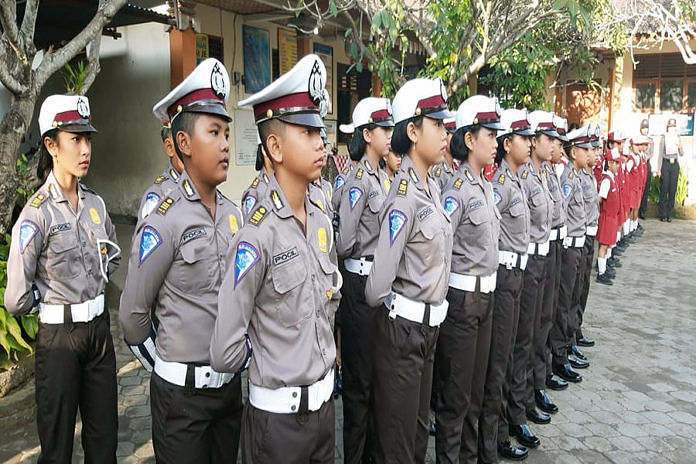 Chief of Gianyar Police Community Development Unit, I Gede Endrawan, when confirmed on Monday (Jun. 3) told that formation of the cub scouting police is aimed at increasing the enactment of the legal rules among younger generation, even from an early age. “This formation also aims to instill patriotism and love for the homeland among the younger generation,” he said.

This formation is also expected to foster a sense of love among students, and they are no longer afraid of the police. He added that armed with the pride of police, they can also dismiss the ill-advised perception about police. “When they better know about it, more great children will later want to be policeman,” he affirmed.

During their time serving as cub scouting police, they will be given special training related to traffic signs and marching exercise. Such knowledge is also hoped to be further disseminated to other children in elementary school. “Of course, we hope that this activity will be able to bear the nation’s golden generation,” he concluded. (Manik Astajaya/balipost)